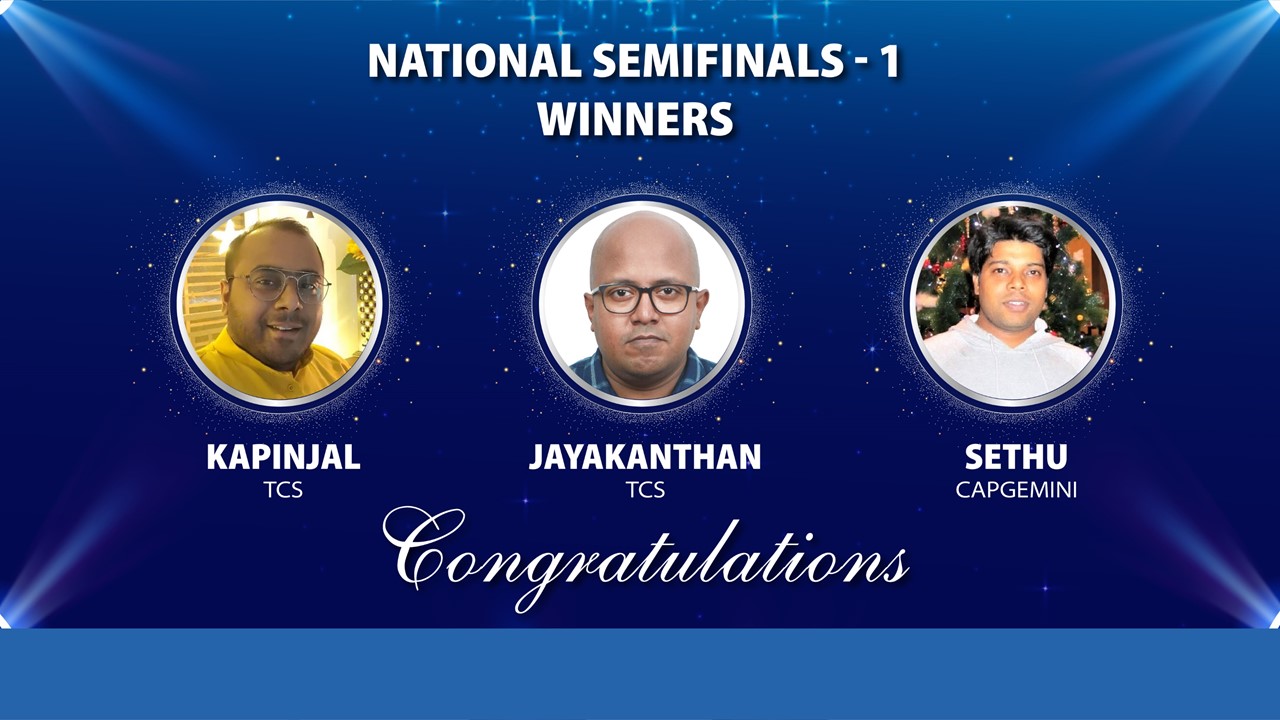 The first semi-final of the season featured champions from across the southern terrain along with two other champions. These were all outstanding performers in the cluster rounds. The air of excitement on who would make it to the finale was palpable.

The final witnessed a confident and sure-footed Kapinjal get into the lead very quickly and then playing out a safe game as he was sure of not finishing fourth. It was Sethu Madhavan who secured the second slot in the nationals with a couple of very good answers powering him through. The battle for the third slot was quite intense with Yogesh, Jayakanthan and others playing in a huddle. It was only towards the end that Jayakanthan steered clear of the others to ensure two TCSers booked their seats in the big finale.

The chief guest Mr. R. Mukundan, MD and CEO of Tata Chemicals, spoke of the need for energy and positivity to move forward from the pandemic to better times. He also spoke beautifully about the importance of being together as a key learning from the pandemic and that the need to take the community along with a service mindset would be imperative for the future.