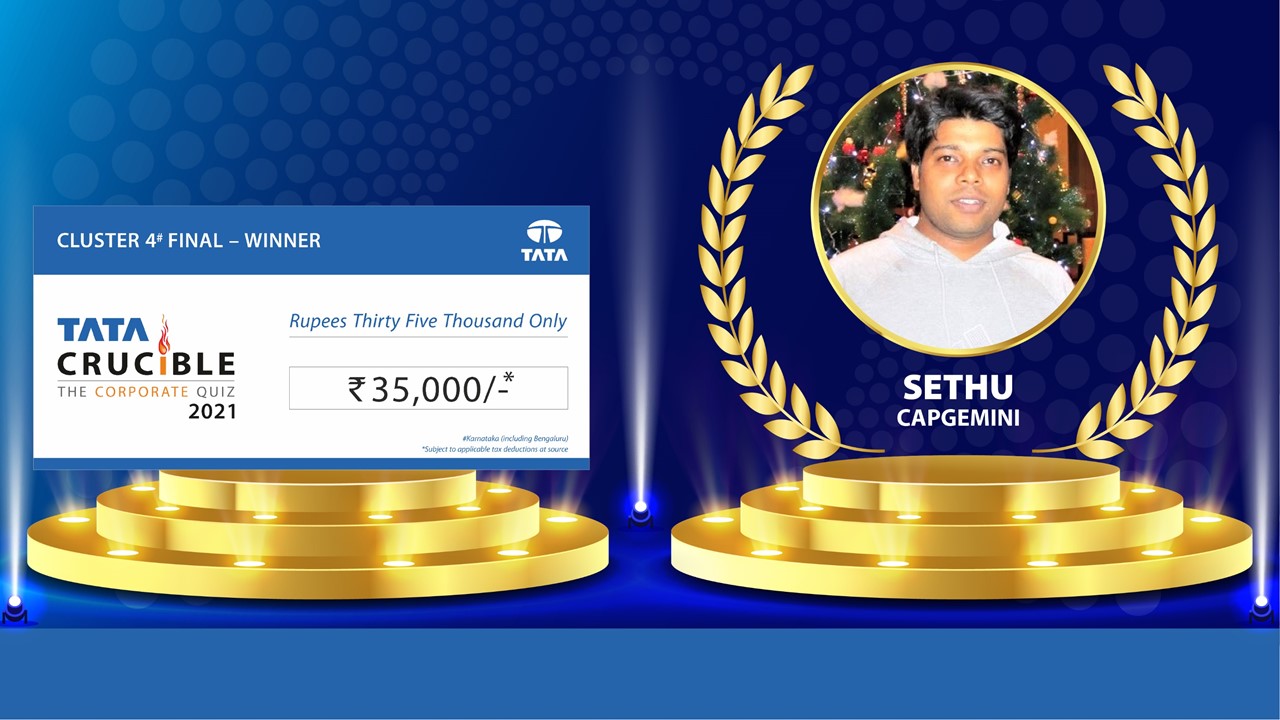 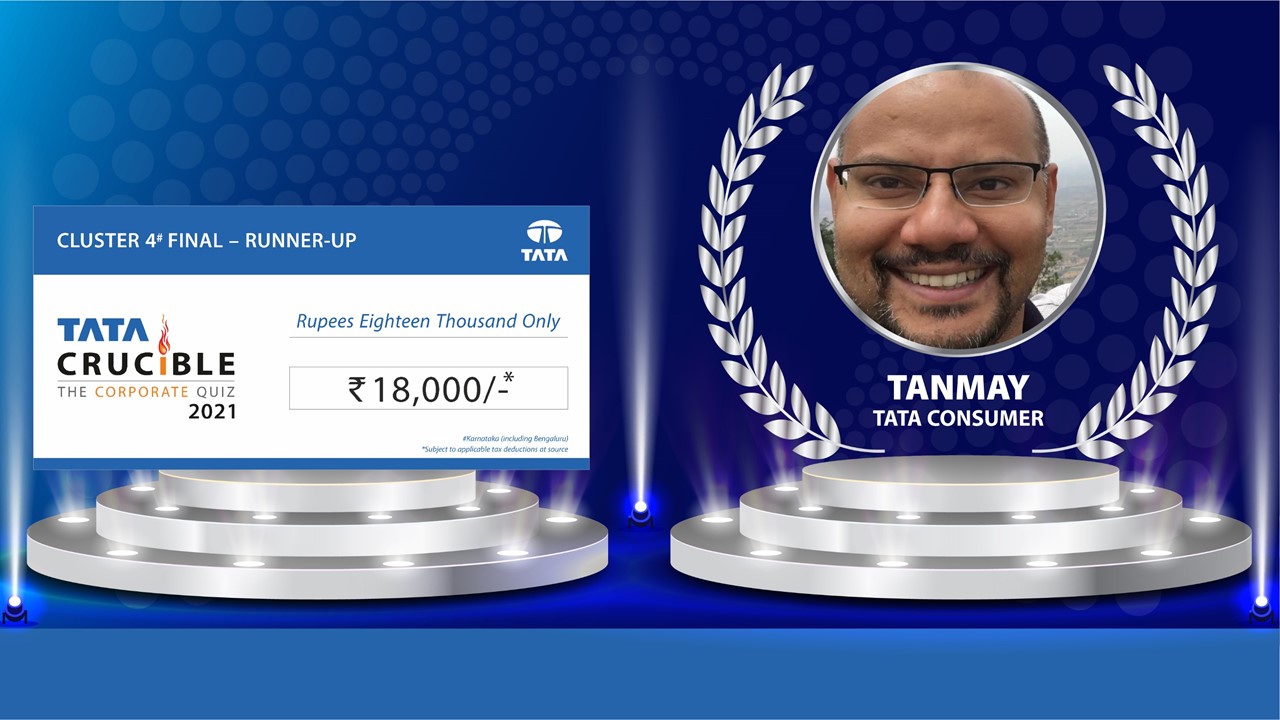 The Karnataka cluster of Tata Crucible is considered one of toughest given the high calibre of the contestants. The capital city, Bengaluru, is also known for its own trivia challenge culture across pubs in the city. The finalists were surely accomplished quizzers with enormous experience.

The quiz started with Tanmay, the defending champion from the city, Samyuktha a former campus champion from the city and Sethu a multiple time city champion of the quiz, all getting off to a brisk start. Venkatesh who has also won the city round previously had an off day by his standards and could not find his touch. Young Samyuktha turned out to be a serious challenger for the others. It was however a flawless Sethu who got nothing wrong as he amassed a score of 600 to emerge the winner. Samyuktha and Tanmay were on the same score as the quiz moved into the final stages. The lone lady in the fray took her chances but on the final question got it wrong to miss the runner-up title by a whisker.

The chief guest Mr. Puneet Das, President â€“ Packaged Beverages (India & South Asia), Tata Consumer Products, not only appreciated the teams and wished Sethu the best for his upcoming rounds, but also spoke of the learnings over the pandemic period that would help all young corporates brace for a better future.