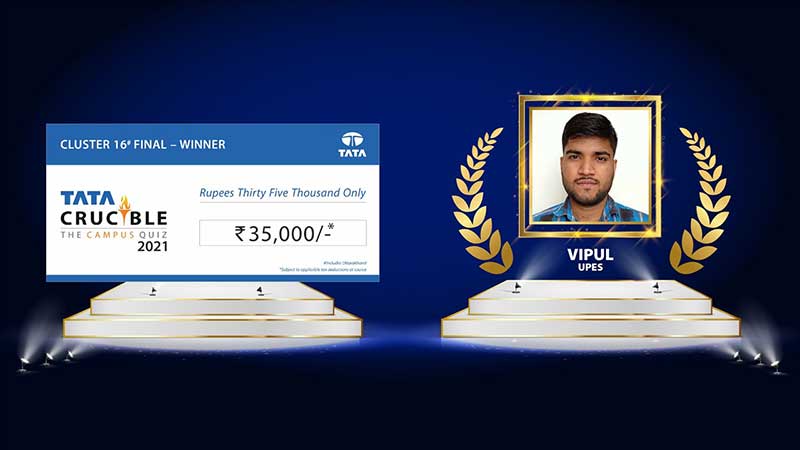 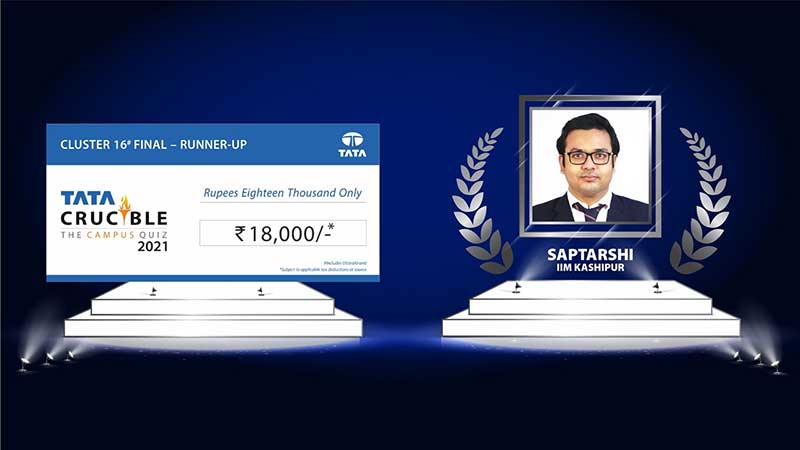 The northern cluster saw a very enthusiastic participation from most of the top institutes in the region. The stand-out was IIM Kashipur, as perhaps expected, given that it is a business quiz. Ms. Rashmi had a very balanced set of questions that led to the final six. IIM-K continued to dominate with their presence with 5 of the 6 slots taken by them in the finale.

The finale, hosted by Pickbrain, was fast paced and tougher as expected. Vipul from UPES, the lone representative in the final who was not from IIM, got off to an early start. Saptarshi was the only one who constantly threatened him with some outstanding answers. It was however, Vipul who kept going from one round to another consolidating his position and lead.

In the final round there was a remarkable comeback by Arsalan, but that being too little too late to challenge Vipul. The runner up title started looking close but Saptarshi managed to hold out the challenge from his fellow college mate to clinch the second spot.

Ms. Kanika Hasrat is the Area Director – Uttar Pradesh, Uttarakhand and Madhya Pradesh at the Taj Hotels, spoke about the need to learn to stay positive and make the best of any situation that one is part of, to be successful over time. She appreciated the contestants for their good performances and awarded the prizes to the winners.