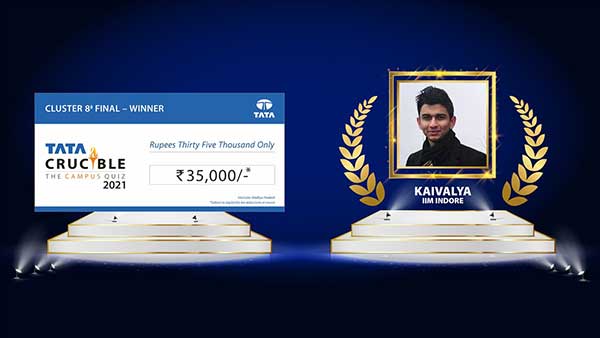 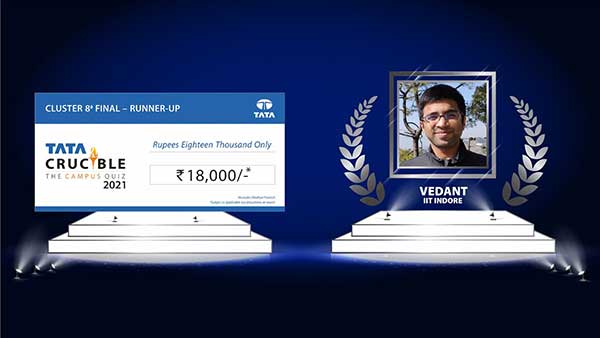 The MP edition of the quiz brought together some of the top ranked institutes of this region. The wild card’s were a shade easier than the other clusters, but the balance seemed perfect for the contestants who represented varying streams. Ms. Rashmi was swift with the wildcard and she went about her task in a business-like manner, identifying the following finalists.

The final saw Pickbrain set a good pace. It kept the contestants on their toes and the five second rule on the buzzer seemed to play on the minds of the contestants, some of whom took negatives in their quest to crack the answers fast. The quiz itself was tense as Kaivalya, Ajwad and Vedant were literally on the same scores almost through the entire quiz. The quiz kept moving but the lead positions were between these three. The end was no different with all three in a tie for the top spot. It only underlined the equal capabilities of all the contestants.

In the tie-breaker that followed, it was Kaivalya – who had shown a lot of courage during the course of the quiz, who took the initiative and won the quiz cracking the poser. It sure was a well-deserved victory for him. The runner up title went to Vedant of IIT-Indore.

Prof. Vinoy K. Shrivastava, Head (Bio-Science) and Dean (Faculty Of Life Sciences), known for his specializations in Reproductive Endocrinology and Animal Physiology, Barkatullah University, Bhopal (M.P.), was the chief guest. He appreciated the contestants and wished them luck in the rounds to follow.