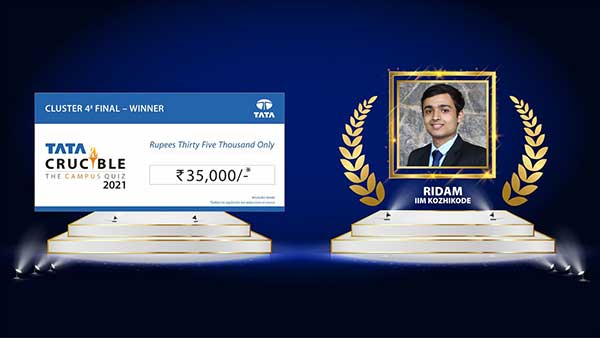 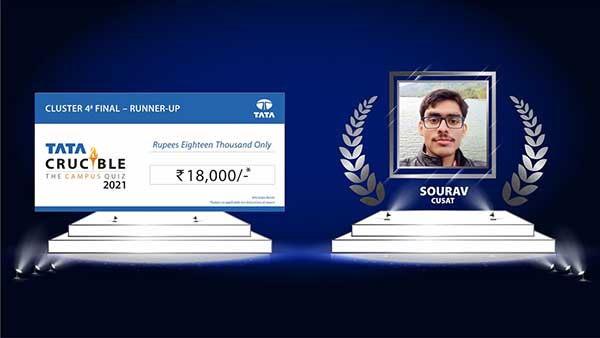 The Tata Crucible campus edition from God’s own country was a truly exciting fare. The wild cards were dominated by IIM Kozhikode with one of the wild cards featuring all 6 contestants from the same institute. Quiz host Ms. Rashmi Furtado set a brisk pace, forcing the contestants to think on their feet. The 6 finalists who emerged for the cluster finals were as follows :

The cluster final was hosted by noted quizmaster Pickbrain, who was equally swift with the final. The quiz itself was very interesting, with some of the contestants gaining and losing points in quick succession, making the battle look unpredictable. Former national champion of the quiz, Palak Kumar, lost out by taking a lot of negatives while his college mate Ridham Dhawan, played a calm and composed game to emerge the winner. Saurav from CUSAT rallied from behind to clinch the runner up title.

The chief guest Mr. Dinesh Thampi, Head of Operations, TCS Kerala, in a very witty and youth-friendly manner, explained how the world can be seen as BC, DC and AC – representing before COVID, during COVID and after COVID; and how as youngsters they need to be prepared for surprises and scenarios that one cannot forecast accurately.