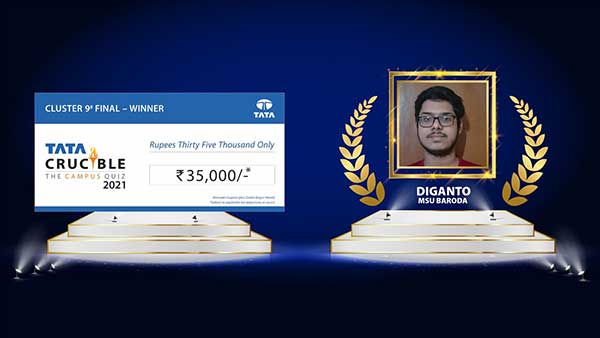 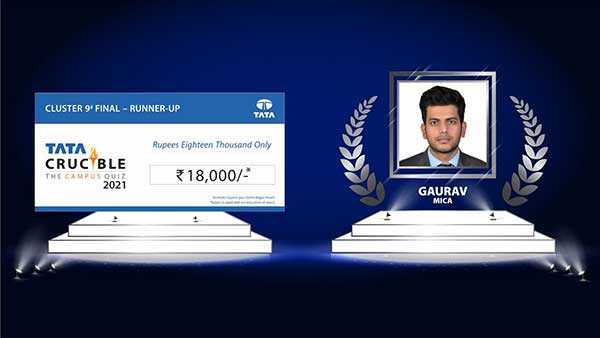 The battle of Gujarat has always been of a high order given the excellent institutes that the state has. From IIMs to MICA, to Nirma and IRMA, all of these take part with great gusto. The contestants from Anand and Vadodara have always impressed and over the last couple of years, shown a lot of consistency in being able to get past the colleges from Ahmedabad as well.

The quality of the wildcard hosted by Ms. Rashmi Furtado reflected this high level of competitive spirit as she presented a not so tough but thought-provoking set of questions. The six who made it were:

The final was a brilliant spectacle of tactics and a display of knowledge under pressure. Pickbrain was in admiration of the talent at the halfway mark, as all the contestants were on the same score with Diganto just one answer ahead. The pressure began to tell, as some scored and some lost out in trying to score. The questions also seemed graded and got a little tougher as the quiz progressed.

The young talent from Baroda, Diganto had to really hold his own to keep clinging on to a slender lead, which he always managed to maintain. Vipin and Pranjali lost out in the final round trying to score from half chances, while Gaurav got the better of Shubham in the final questions to clinch the runner up title. It was however Diganto who played very carefully, ensuring he took no negatives while winning the title and getting past some outstanding institutes and contestants.

Ms. Namrata Somani, the Head of TCS Gujarat, advised the students to be constant learners and to have an open outlook to what unfolds around them. She spoke of how the intellect and knowledge of these youngsters was going to be the catalyst for growth among corporates in the near future. As she congratulated the winners, she wished for the quiz to be in the beautiful TCS campus which had played host to the event in the pre COVID period.