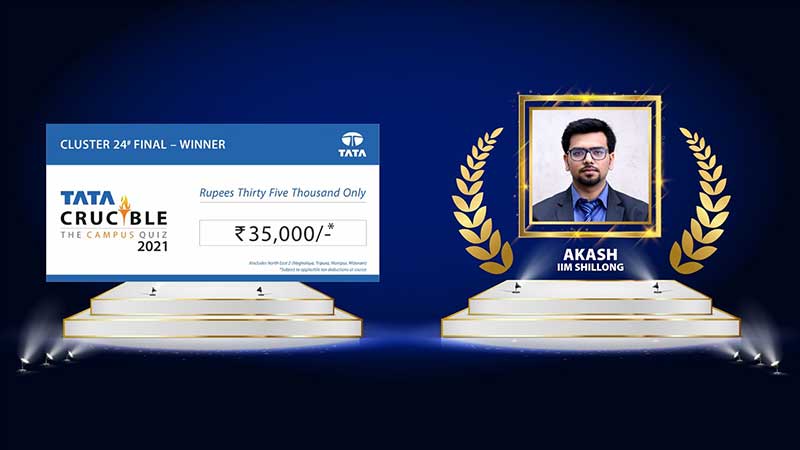 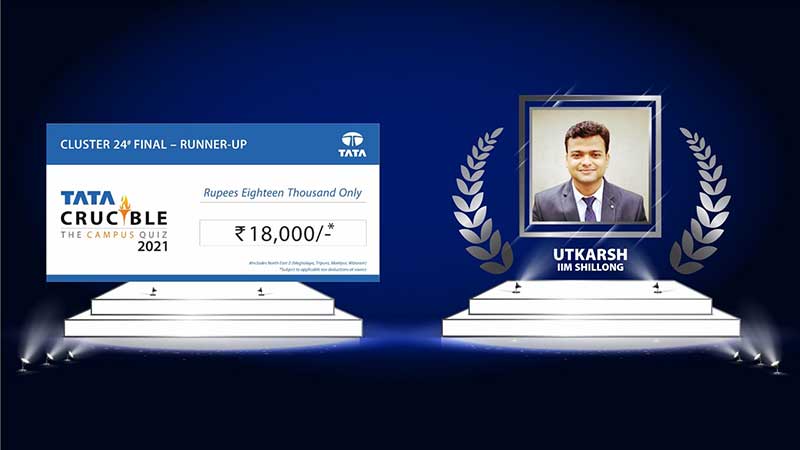 The beautiful states of the North-East played a second cluster this year given the large participation and growth of colleges in this region. The wild cards saw Ms. Rashmi Furtado with a very business-like approach as the quiz moved quickly, with the students from IIM Shillong dominating the wildcards. The six who made it were:

The finale hosted by Pickbrain witnessed Akash from IIM burst into the lead, cracking the first four questions in a row and reaching a score of 400. It prompted the seasoned host to quip that Akash was playing like Chris Gayle would in a T20 game. As the quiz progressed rapidly Naman, Utkarsh and Aniket were all answering as well, but Akash was only moving from strength to strength. It became evident that he would win and the battle would be largely, for the second place.

The second place battle ended on a tiebreaker with Utkarsh prevailing over Aniket. Akash in the meantime had reached a score of 1200 which is the highest across the 24 clusters of India. His brilliance was appreciated by the quizmaster who also observed how the total score of all the contestants was also very high, reflecting on the calibre of the contest and the high standards they had set.

The chief guest Mr. Jayanta Das, General Manager – Northeast, Darjeeling & General Manager – Vivanta Guwahati, spoke to the students on the huge opportunities that the region presented. He touched on how he was from the same region and the fact that the Taj alone was opening more than 5 new hotels in the region, underlined the fact that the North-East was expanding rapidly and was very important as a region for the Tatas too.