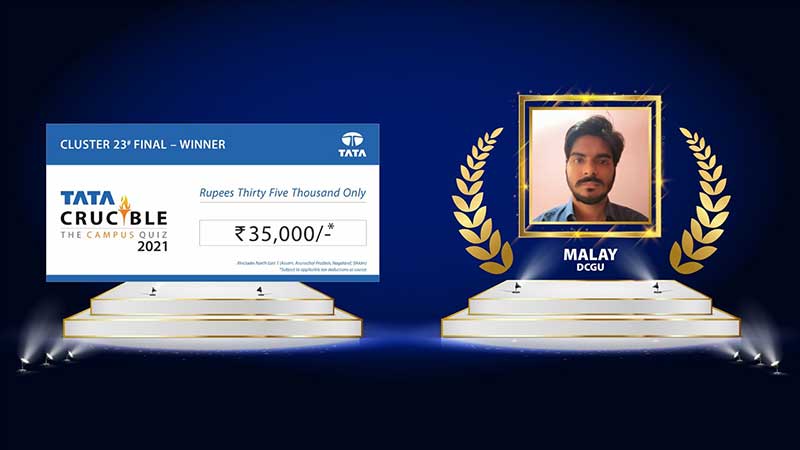 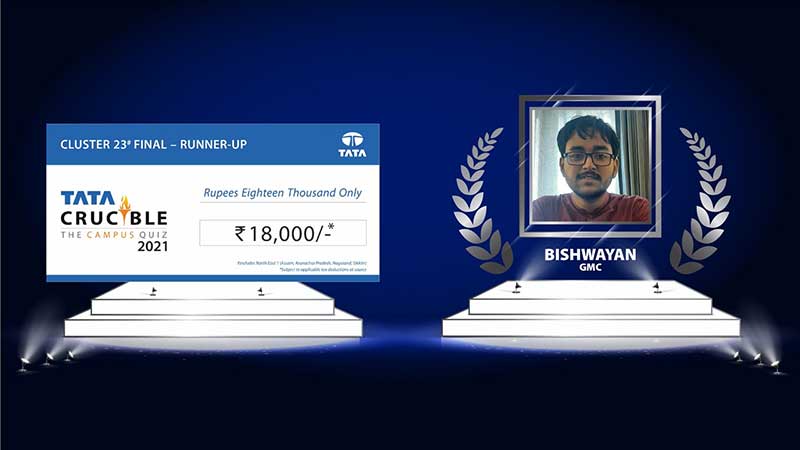 The north-eastern terrain of India has always been a very good region for quizzing, albeit their comfort being more aligned to general quizzing. The rise in the number of professional institutes and management institutes has also seen the Tata Crucible quiz attract excellent talent over the years.

Ms. Rashmi who has hosted several shows in this region peppered her research well, with questions that covered a lot of regional brands and companies. She also observed that it was heartening to see the North-East have two clusters being allocated to them for the first time, reflecting on the growth the area is seeing. The final six that made it were :

The finale was a thriller with Gaurav, Saurav, Bishwayan and Malay, all getting off to brisk starts with good answers. As the quiz progressed the battle became a head on clash between Bishwayan and Malay. As the quiz entered the final round, both of them were on the same score but it was here that Malay came out all guns blazing to score on multiple questions, and clinch the title. Bishwayan finished a credible runner up.

The chief guest Mr. Jayanta Das, General Manager â€“ Northeast, Darjeeling & General Manager â€“ Vivanta Guwahati, spoke to the students on the huge opportunities that the region presented. He touched on how he was from the same region and the fact that the Taj alone was opening more than 5 new hotels in the region underlined the fact that the North-East was expanding rapidly, and was very important as a region for the Tatas too.