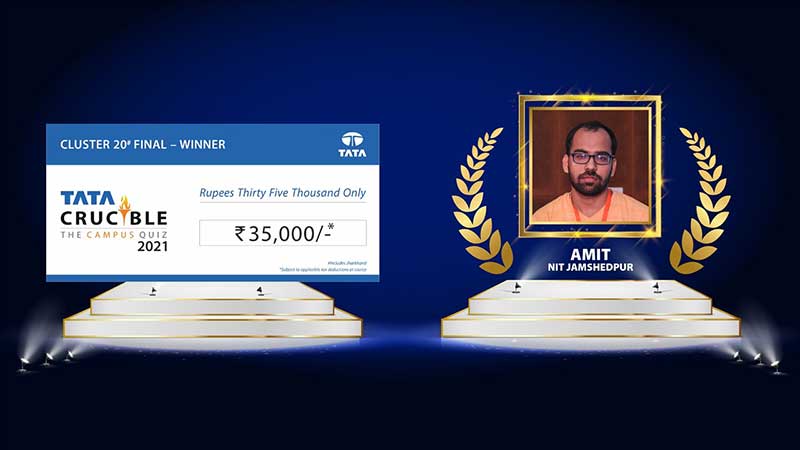 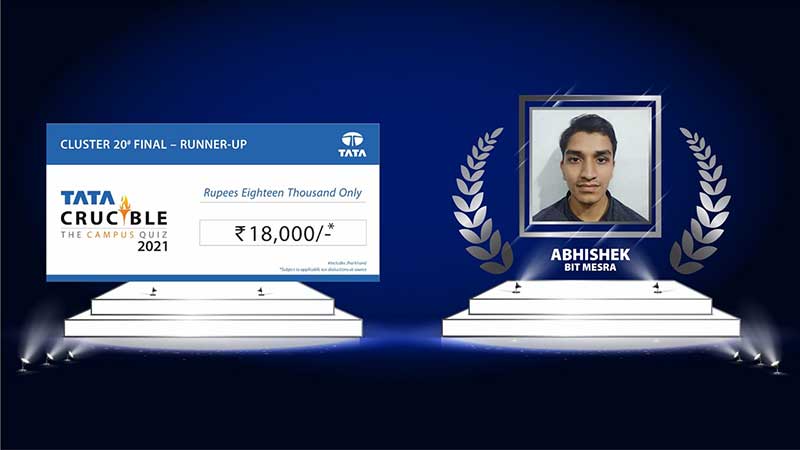 The steel city of Jamshedpur where the Tata Crucible journey began has been a hotbed for the quiz in terms of the quality of the contestants and the large numbers that it attracts. This time the digital edition added to the complexity of the already demanding cluster with the addition of Ranchi. Given that Ranchi now has some of the nation’s premier institutes this cluster was meant to be a cliffhanger. Ms.Rashmi Furtado was at her best and she quizzed the contestants on an array of subjects ensuring the best six made it to the finale:

The final hosted by ace quizmaster Pickbrain saw Amit from NIT Jamshedpur getting off to a flying start. He was challenged by literally no one in the first two rounds of the quiz. Abhishek of BIT Mesra burst back into the game in the second half but Amit was too solid for anyone to try and take his position. He was not just fast, he seemed extremely well prepared and hungry to perform as well. Abhishek though was able to use that burst to get to the runner up position ahead of Hameer.

Mr. Anurag Pandey, the Executive in charge – Global Wires India, Tata Steel was the chief guest. He spoke of the importance of having a people oriented approach and an openness to problems as one faces adversities. He also advised on the importance of being open to learning all the time and rallying together and collaborating to find the right solutions.