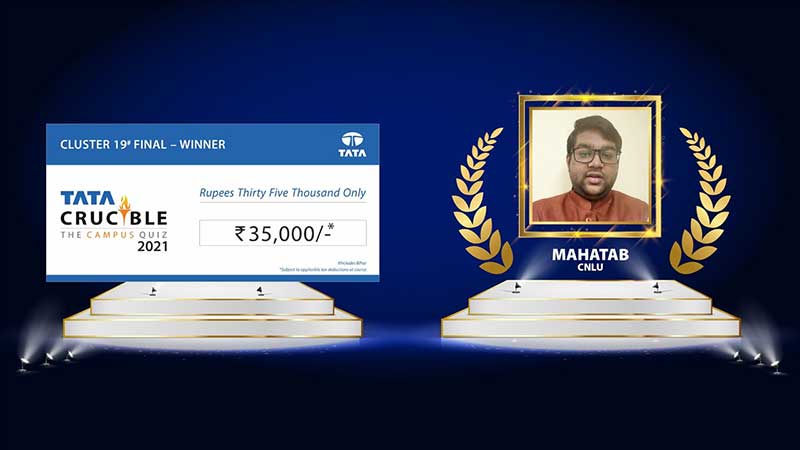 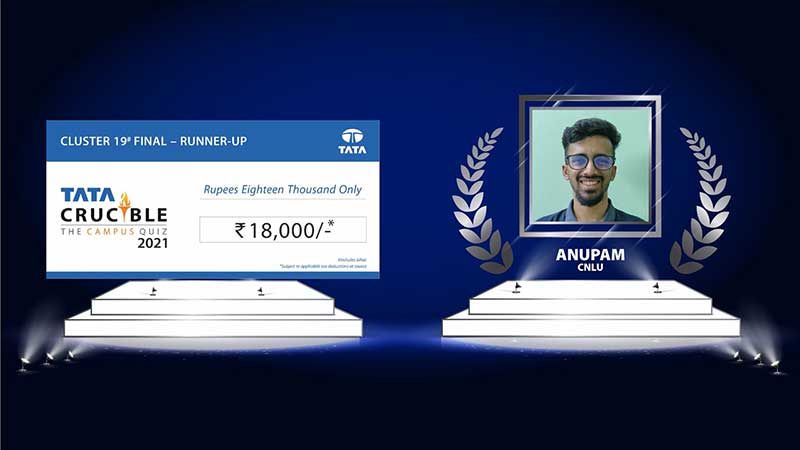 The state of Bihar has been a mix of contestants from varied streams given the diverse educational options students have in the state. While the traditional battles have been between CNLU and NIT the presence of IIT and AIIMS has added to the contest being tight, in the past. This year the wildcards were closely contested as Ms.Rashmi had a mix of questions that seemed easy but foxed some of the contestants. The final six who made it were:

The finale of the quiz hosted by Pickbrain was thrilling, close and tense. Mahatab from CNLU got off to an early start with the very first question and was way ahead of his peers by the end of the second round. While he played it a little safe as the quiz progressed, he was very sure of his position and showed a lot of maturity in not trying to overdo his lead. The battle for the second place turned out to be a very even battle. This was a three way battle between Animesh, Shashank and Anupam. It went on to the very end when Anupam and Animesh had to fight out on a tie breaker for the second place. The former won that battle to ensure CNLU had made a clean sweep of the state.

The chief guest Mr. Ujjal Chakraborti, Executive-In-Charge (Tubes), Tata Steel, appreciated the contestants for being as agile and energetic as they would be at the ground event and also underlined how knowledge events like this must continue in these difficult times where learning is key.